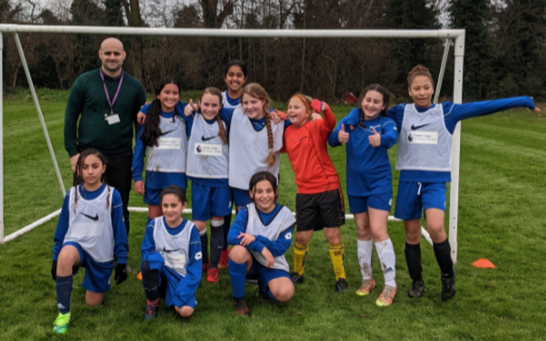 La Fontaine Year 5 and 6 Girls’ Team produced a fine 3-2 victory over Poverest School on Wednesday afternoon; the dedication and training is certainly paying off! Grace kicked off the scoring with a dazzling run down the flanks which was topped off by a sublime finish. The girls hunted in packs to put pressure on the opposition leading to Amber scoring a neat goal in the second half. Poverest pulled one back after momentary disarray in our defence. Almost immediately, our two goal lead was restored after another run and finish from Grace. Poverest played well throughout and got a consolation goal at the end. La Fontaine did enough to secure a well-earned victory. Special mention for Yasmin who played a great game on her debut. Congratulations Girls’ Team!